Was the Civil War Inevitable?

Home › Blog › Writing an Essay › Was the Civil War Inevitable?
Categories
Why Choose Us 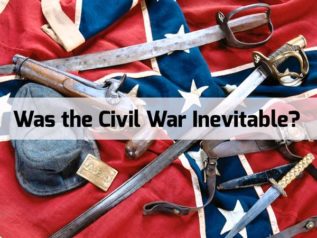 The Civil War was inevitable for a number of reasons. Conflicting points of view regarding slavery, society development and governments, as well as a series of other dissimilarities between the North and the South reached its apogee in the form of the Civil War. We can clearly see that American civilization’s intricacy  increased right after the proclamation of Independence. There were three main factors, which contributed to this intricacy:

Intricacy caused by the abovementioned factors made the Civil War inevitable. These factors sharpened the conflict via the creation of rather big disproportions in economic interests among different regions and social classes. The number and weight of the conflicting factors between the North and the South significantly increased during in the beginning of the 19th century.

The number one export product of the United States in 1830 was cotton. To make it understandable what huge role it played in the US economy at that time, it should be mentioned that it presented 2/3 of the entire US export. The production of cotton required the involvement of a great number of slaves, and most of the slaves worked on the Southern plantations. At that moment, the North was known for the industrialization of society. It also required manual but not slave labor. Another important thing to mention is that immigration was active at that time. For the period of 70 years between 1790 and 1860, 5 million individuals traveled to the United States from Europe. These people searched for their American dream, and for getting better conditions of life, economic openings and vacancies. In the intervening time, the South was producing the goods mostly for import and resisted industrialization. After the increase in the taxation volumes for the imported goods, the South increased the value of products that were manufactured there. Meantime in the North, high tariffs were used to protect local products from foreign competition. All of the above factors added greatly to sharpening the conflict and unleashing the Civil War.

Just like a disease in the human body serves as a signal of malfunction in the system, the Civil War serves the signal of malfunction of society. And just like after the disease, a person can experience posttraumatic disorder or posttraumatic growth, after, the war the country can step on the path of even greater destruction, or alternatively go the way of fast development and prosperity. In case with the Civil War in the United States, it is plain to see that the way of rapid development and prosperity was chosen.

Although more than 617,000 Americans gave their lives during the Civil War, it impacted the US society in a productive way. Namely, its outcome led to medical advances, emancipation, reconstruction of amendments, new military technologies, professional nursing, and last but not least – baseball culture. 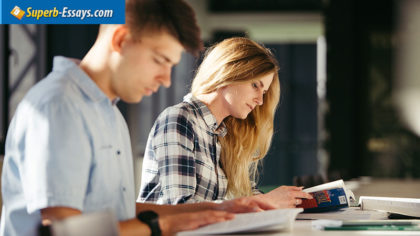 How to Write a Synthesis Essay